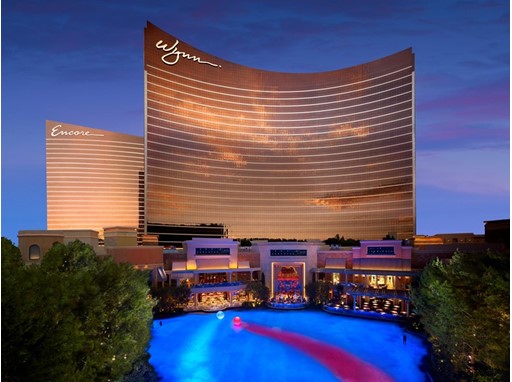 VIDEO: Le Rêve–The Dream Named Best Production Show Four Years Running
LAS VEGAS—(April 29, 2014)—Wynn and Encore Las Vegas were honored at the 2014 Southern Nevada Hotel Concierge Association’s (SNHCA) Choice Awards, taking home more awards than any resort in the city. Among the 24 categories, Wynn and Encore won Best Production Show, Best Nightclub, Best Dayclub/Pool Party and Best Steakhouse.
“The concierge agents across the city are the authorities on everything Las Vegas,” said Maurice Wooden, president of Wynn Las Vegas and Encore. “Their recognition speaks volumes to our talented teams’ hard work and dedication to consistently delivering a memorable experience for our guests.”
Taking home the honor of Best Production Show was the aquatic sensation, Le Rêve–The Dream. This marks the fourth year in a row that the production was awarded this distinction, creating an unprecedented accomplishment never bestowed upon another show in the city. Since debuting in 2005, Le Rêve continues to provide an awe-inspiring experience for audiences through the use of comedy, acrobatics, dance, and artistic athleticism.
The resort’s nightclub, XS, was honored as Best Nightclub. XS, which has been dubbed “Las Vegas’ dance music mecca” by MTV, is known for its impressive roster of exclusive electronic dance music residencies, including Avicii, David Guetta, Zedd and more.
The title of Best Dayclub/Pool Party was presented to the acclaimed Encore Beach Club. This 60,000-square-foot venue features 40-foot palm trees surrounding three tiered pools, along with chaise lounges, couches and day beds. Artists such as Avicii, Diplo, and David Guetta perform throughout the season.
Rounding out the list of esteemed recognitions for the resort was Best Steakhouse, presented to SW Steakhouse. This classic American steakhouse, which sits alongside the Lake of Dreams, provides guests with a one-of-a-kind dining experience and cuisine by Chef David Walzog.
“Over 300 Las Vegas Hotel Concierge are encouraged to vote on the Concierge Choice Awards. The Concierge Choice Awards program recognizes those venues and business that best represent the Hotel Concierge Community. The selected recipients are selected as the Concierge ‘favorites’ in their category and therefore represent the most recommended venue or business. In the Concierge Community this is the highest form of recognition to our vendors,” stated Doug Ward, president of the SNHCA.
For more information about the Southern Nevada Hotel Concierge Association and the list of award winners, please click here.