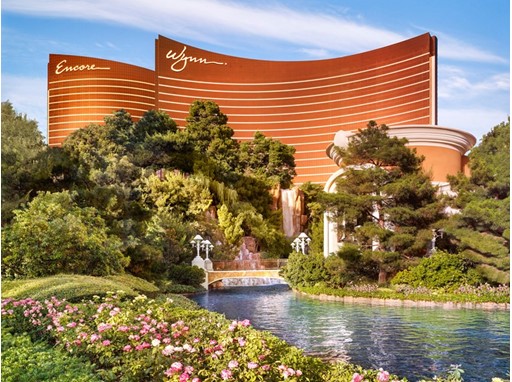 The $28.2 million masterpiece debuts at the resort on public display
LAS VEGAS—Wynn Las Vegas welcomes Popeye by acclaimed American artist Jeff Koons, as part of the resort’s continued appreciation and commitment to public art. At 6 feet 5 inches tall and more than 2,000-pounds, the mirror-polished stainless steel Popeye stands proudly in the Wynn Esplanade.
The sculpture took two years to create (2009-2011) and was acquired at auction in May 2014 for a price of $28,115,000. Koons created three versions (plus artist’s proof) of the famed character, one of which now calls Wynn Las Vegas home. The sculpture depicts the spinach-eating sailorman in a vivid spectrum of color.
Since his creation in 1929, Popeye has come to be known as the ultimate American hero. Audiences throughout the country were able to relate to the popular muscle-man and identify with the little guy who became powerful with just a can of spinach.
Popeye came to represent the beginning of Pop Art in the early 60’s when Andy Warhol began depicting him in various paintings. Decades later, Popeye now represents the end of Pop Art with Koons’ latest creation.
“I became drawn to the Popeye image in a very intuitive way,” Koons said. “I wanted to have a dialogue with art history and with Pop Art, and also a dialogue with technology and to deal with the aspect of acceptance.”